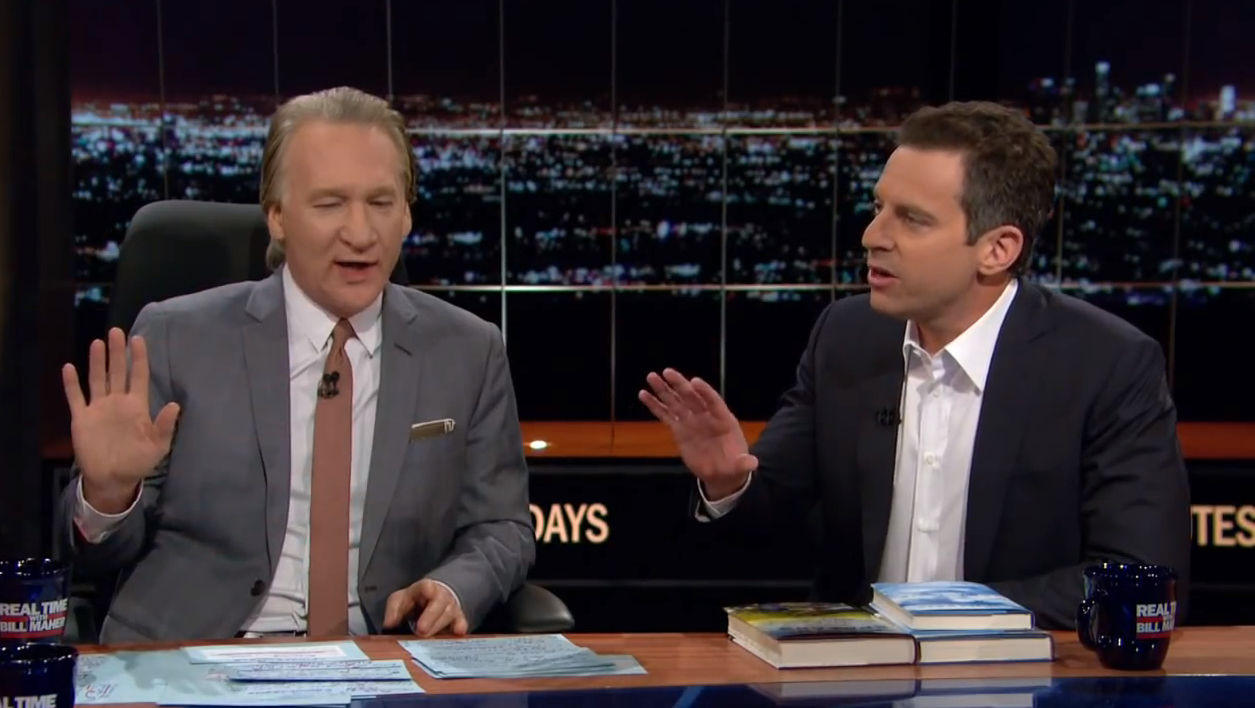 I am SICK to my inner core, of people condemning a whole religion based on the actions of a small extremist minority. MUSLIMS DO NOT SUPPORT ISIS. How dare Bill Maher sit there and talk about Islam being like the Mafia? How PREPOSTEROUS!

I pray that the American public are nowhere near as ignorant as the two who are sat on this panel. How dare they sit there like they are scholars of the religion, spurting out all of the most common MISCONCEPTIONS of the religion of Islam- claiming that they are facts. How can such ignoramuses be permitted to sit on National television and talk trash about a religion they have NEVER studied. The world must condemn terrorism, and not muslims. Instead, muslims are now terrorized by foolish people who think that it is ok to paint every muslim with the same brush- we do not believe in terrorism. We HATE Isis. We HATE murder. We HATE injustice.

I will continue to say this until I am blue in the face. Stop oppressing us, when we are actually on YOUR side, America.

I have a mountain of respect for Ben Affleck, who sat there and spoke as the voice of reason. It is not often that you see someone of his status speak out about the truth, unafraid of the ‘bad’ publicity he might get because he actually had the courage to say what every other sane person in this country is thinking!

As muslims we greet one another with the word ‘Salaam’, which literally means peace. How dare such islamaphobes come along and say that we are other than that. There are terrorists in all religions, but they do not represent what is stated in their holy books.

I am so grateful for the opportunity to be able to speak out about Isis and extremism, at St. Francis College tomorrow [Click Here for more details on the event]. I feel so angered that the media has pumped up these extremist groups, and that it says that they are practicing Islam at a fundamentally. In FACT, they are actually not even practicing Islam, they are EXTREMISTS, and there is no place for extremists in any religion!

DID YOU KNOW, that Isis is not only waging jihad on ‘non-believers’, but they are also waging jihad on muslims too. They are clearly DELUDED, and in NO WAY do they represent Islam.

My Tweets
© 2020 All Rights Reserved to Kashmir Maryam